two segments of spoken word
'Whose voice is it, really?'     (David Appelbaum) 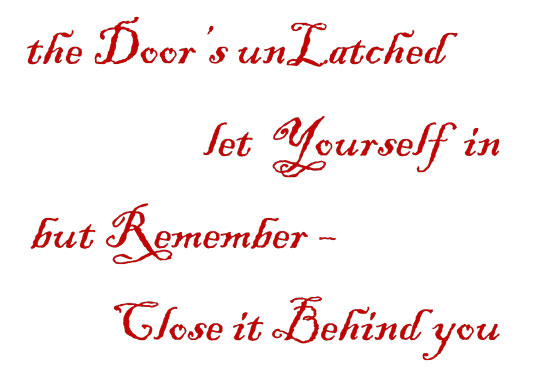 Story-telling is a use of voice that helps build connection and provides entertainment.  Traditional stories contain collective (un)knowledges, as thinkers and writers such as Marina Warner and Angela Carter have explored in the industrialised world, and traditional storytellers have known for centuries in oral cultures.  The Brothers Grimm collected macabre and violent tales of injustice, random acts of malevolence, high emotion, bizarre warnings not heeded, with occasional magnesium flashes of love and self-sacrifice.  Much like the narrative of filmmakers such as Jan Svankmajer, the Quay Brothers and David Lynch today, all of whom use sound as an integral part of their dark but aesthetically stimulating work.  The Brothers Grimm tales have entered our unconscious, and a photo and short text referencing The Red Shoes is to be found on a wall in the Performance Centre.


Leona constructed a stereo soundpiece based on fragments of stories by the Brothers Grimm and sounds she recorded specifically for the work.  A small studio lobby was chosen to site it in, blinds pulled fully down, and the door being opened only to allow exit and entry.  The lobby was empty apart from the two speakers on stands.  Voice filled the space, and another stepping out from the hubbub filling the corridor and stairwell was created.  The above warning hung on the outside of the door, inviting entry - but hinting a warning. 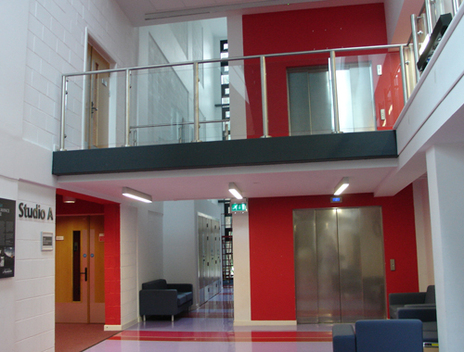 Since the dawn of the technological age the race has been on to perfect the mechanical voice.  Recorded speech now takes the place of people - on telephones, petrol pumps, navigation devices, supermarket checkouts, public announcements, and in lifts.  In some situations we expect a machine to speak to, if not with, us.  What does this meant to the way we listen to voice?  And subverting the mechanical voice with its under/over-emoted diction and mispronunciations is difficult.  Voices devoid of nuance, subtlety, expression, hardly heard as we know before they speak what they will say.

The lift was necessary as a point in the flow of audience from ground to first floor, and it was a space able to contain a small site-specific intervention.  The simple piece took advantage of a captive audience, albeit briefly, to jog a few questions about the roles of mechanised voices, the information they give, and the spaces we hardly notice being in.