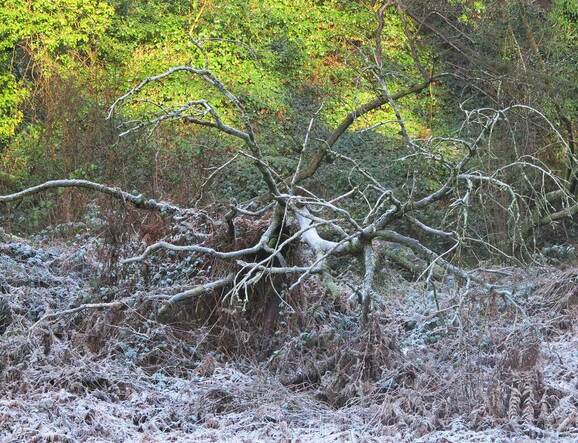 in(ex)teriors two-channel abstract experimental soundwork is based on raw material of field recordings and voice reading text.  A sonic imagining of influential supernatural/horror writer Arthur Machen's (1863-1947) semi-autobiographical novel The Hill of Dreams, the field recordings were made in the area around Caerleon in Gwent where Machen was born and spent his childhood.  As in Machen's writings liminal spaces between ir/rationality and un/realities appear and are explored, as well as links between written/spoken word, music, nature, emotion and imagination.
Alchemy, magic, folklore and superstition still resonate within Western Europe and reside deep within Celtic culture, despite our supposedly civilised rationality and pragmatism.  Since cave painters depicted humanimals, since story-tellers shape-shifted, since cinema, video games, virtual reality used their own ‘magic’ to create otherworlds, audiences have reacted and responded.  Sound has been central to creating these reactions, and Language is Sound, even when written.  Sound, in all its manifestations, is an all-enveloping experience.   Machen’s writings abound with Sound, both descriptively and in the musicality of his style.
Editing is always a complex and open-ended process.  The subjective process used to construct in(ex)teriors is a form of readinglisteningwriting playing the instruments of ambient sound from Machen’s early environment and Voice that speaks his Written.  Machen experienced writing, hyper-aware of the embodied nature of the task - as evidenced by his vivid descriptions and sensual stories interrelating with the world/s around and within.  Written during the late Victorian period of major widespread societal and technological change The Hill of Dreams depicts the struggle to understand and make sense of profound disturbances, including the fear of the unknown.  Leona's sonic journey embraces his depictions of the unlimited potential of language and human mind to create both beauty and horror, potentials that stay relevant and cross time.
sample from in(ex)teriors      (3.44 of 14.35)          use headphones or external speakers for best effect 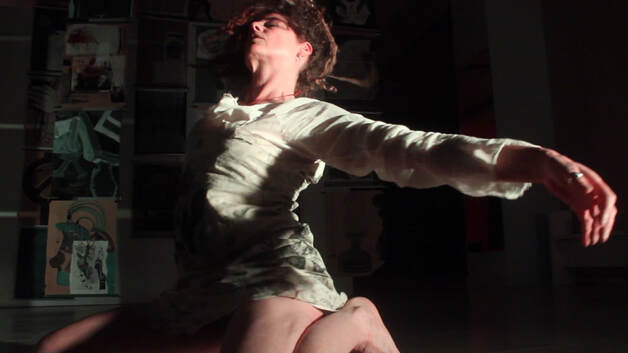 image above: still from Unununtitled
Steven George Jones
In addition, a collaborative development also took place when performance-based artist Marega Palser and filmmaker Steven George Jones met with Leona in the art space while the exhibition was in situ to find and capture a spontaneous movement response to the soundwork and the space.
view the video here