a videomusic response to a micro-hydro power scheme 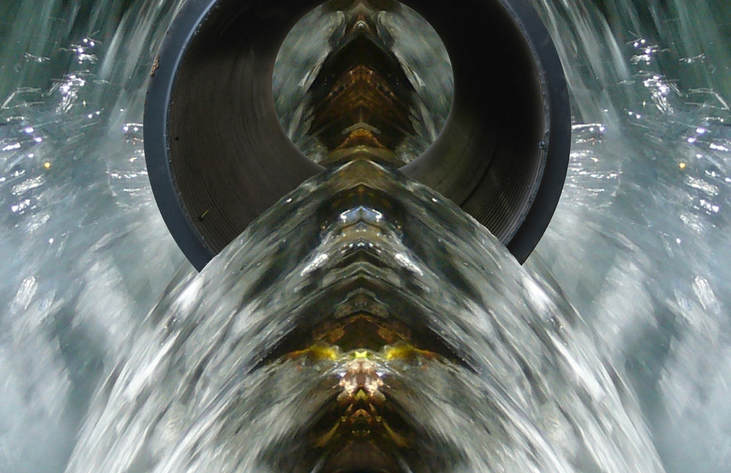 re:Source video still
Penny Hallas
We’re dependent on water.   The human body is 60% water.   71% of the earth’s surface is covered with it.  Rain falls on mountainsides, streams tumble and grow before flowing into the sea, and evaporation means the cycle begins again.  Water ‘does nothing, absolutely nothing, but be itself’ (Nan Shephard, The Living Mountain, 1977).  But water is stronger than rock, and is increasingly a political element.

Our 21st  century world is dependent on electricity.  It’s all around us – powering our technology, continually sparking in the synapses of our nervous systems, flashing somewhere on the globe as cloud-to-ground lightning  75 – 100 times every second.  Electricity enabled re:Source to be made.  But the question ‘What exactly is electricity?’ is still to be fully answered.

re:Source invites a re-connection with the wonders of water and electricity, their powers and their beauties, and also acknowledges the human ingenuity essential for harnessing both to supply the green energy so increasingly needed.  It takes the form of a videomusic installation, an abstract genre in which sound and visuals work together but not in a straightforward manner (ie the images seen are not linked with their sounds by the act of recording, and vice versa). The goal is to create a flow of immersive sounds and visuals which moves through moods, and is open to imaginative interpretation by the audience.

Leona and her colleague, visual artist Penny Hallas, were commissioned by LGV to create an artwork in response to the construction of the scheme at Blaen Dyar, following a research period as artists-in-residence on the scheme.  The commission was part of the tenth anniversary celebrations of LGV, and marked the successful completion of Blaen Dyar as the fifth scheme completed over LGV’s ten years of harnessing the power of Welsh valley streams in order to produce green energy for the immediate localities and the National Grid.

In 2020 Leona's soundscape for re:Source was selected from an international open call to be broadcast on Radiophrenia, the annual temporary art radio station dedicated to current trends in sound and transmission arts. 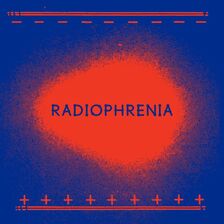 Transmitting live round the clock for two weeks once a year from Glasgow’s Centre for Contemporary Arts, the station aims to promote radio as an art form, encouraging challenging and radical new approaches to the medium.  Leona submitted a re-edited version of 30 minutes to fit into the broadcasting slot offered.

In 2021 the soundscape was selected from an international open call to be broadcast on AIR Radio, a collaborative radio space created in response to the UN Climate Change Conference (COP26) held in Glasgow in November.  Broadcasting from Glasgow, AIR was dedicated to experimenting with ideas and practices of ecological radio and acts of listening.  It featured contributions by artists and climate activists in Glasgow and around the world, together with live environmental sounds, and Leona was interviewed live before the soundscape was broadcast.