March 2022:  On the Offensive II and Wolf spoken word performance with sound manipulation, presented as part of Concentric exhibition at tactileBosch Lounge, Cardiff to mark International Women's Day.  A response to the hypocrisy of and horrors allowed by the arms trade.
February 2022:  thrummm co-created soundscape chosen from international open call to be broadcast as part of Radiophrenia. The work was created as part of a collaboration between Leona and sound artist Jon Ruddick as part of their 2021 collaborative residency at Shift, Cardiff.

November 2021:  Witching Hours, a collaboration with performance artist Marega Palser, presented at The Thursday Show, a slot run by Shift/Tactile Bosch, Cardiff-based artist-led spaces supporting experimental performance.   Leona's abstract surroundsounds were used as a basis by Marega to create movements, and both artists contributed to the design of the presentation, which took as its theme the life-journey of women.  More details on the evolution of the piece can be found here. 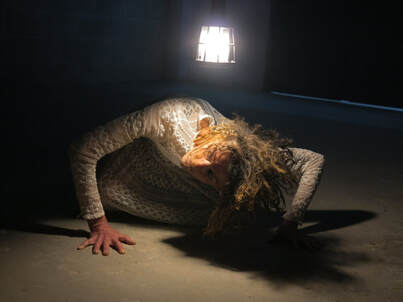 November 2021:  re:Source soundscape chosen from international open call to be broadcast as part of AIR radio's response to the UN Climate Change Conference (COP26) being held in Glasgow.  Broadcast included a live interview with Leona.
November 2021:  release of Cynefin album including Sound of the Breeze Song of the Waves community engagement composition created for Tŷ Cerdd's CoDI Grange project (see June - December 2020 below).  The album contains all the compositions from the project, and can be accessed through several platforms.  Visit Sound of the Breeze Song of the Waves page for details. 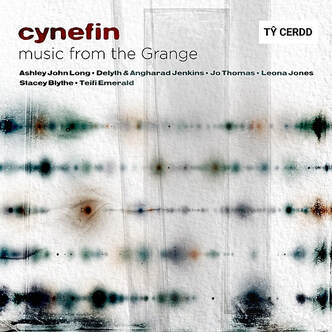 July 2021:   member of online panel of Performance Philosophy group members (with performers and researchers Caroline Wilkins, Anthony Gritten and Alexander Douglas) at an Associates Session for RMA Music and Philosophy Study Group on the theme of 'What is openness? Institutions in dialogue'.  Presented an audio journey on Listening created for the event and took part in panel discussion and Q&A session.

February - May 2021:  recipient of three months of mentoring after open call from Tŷ Cerdd, the organisation supporting Welsh music.  International audio-visual artist Kathy Hinde gave support and cast an outside eye on creative practice, with the goal of creating an action plan outlining priorities for future activities.

June - December 2020:  commissioned from open call to be one of six sound artists/composers creating sound installations for the multi-faith chapel space in the new Grange University Hospital at Llanfrechfa, Gwent, South Wales, due to open in late 2020.  Working with Aneurin Bevan University Health Board Trust staff and music makers from the area to create a site-sensitive soundscape.  Funded and managed by Tŷ Cerdd (the organisation promoting and supporting Welsh music present, past and future), Studio Response (public art brokers) and ABUHB.  Installation was delayed by the Covid pandemic and took place in late summer 2021.  See Sound of the Breeze Song of the Waves page for further details. 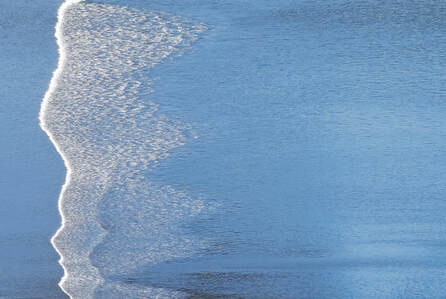 November 2020:   re:Source soundscape selected from international open call broadcast on Radiophrenia.  Broadcast soundfile is an edited version of the soundscape made from the sounds of the construction of a micro-hydro site - visit re:Source page for more details.

November 2020:   commissioned by Contemporary Art Society of Wales to create a documentary-style soundwork from monologues of women artists talking about their work and contributions to Concentric artists group (raw material for Th'luria).  For dissemination to and discussion by all members of the Society via YouTube.

March 2020:  in(ex)teriors, a soundscape created in response to The Hill of Dreams by Arthur Machen, the Gwent-born mystic and author, using his words and field recordings from his birthplace as raw material.  Created for The Shining Pyramid, an all day symposium and evening performances comprising experimental music, films and papers inspired by the alchemy, magic and superstition of Wales.  Curated by Dafydd Roberts and supported by Sound and Music.  Due to have been held at National Library of Wales, Aberystwyth, but cancelled due to the Coronavirus pandemic so a cassette tape and booklet of the submitted works was launched October 2020 (see above).  See in(ex)teriors page for more details.

November 2019:   offered a week for experimentation and project development by Shift multi-disciplinary research and development arts space, Capitol Centre, Cardiff, using the time to further develop skills in multi-channel site-responsive sound installation.  A public opportunity to experience the outcome was given in Shift's atmospheric cavernous concrete basement, the space for which the 8-channel work was created.

July 2018 - May 2019:  Born For It site-sensitive eight-channel two-hour long sound installation, the culmination of a period of research using the Museum of Bath at Work's exhibits and archives during a residency at the Museum in Bath, Somerset. Featuring voices from the Museum’s oral history archives with sounds recorded around the Museum, the work re-configured the main exhibition area of the Museum into an immersive listening space.  For more details visit the Born For It page. 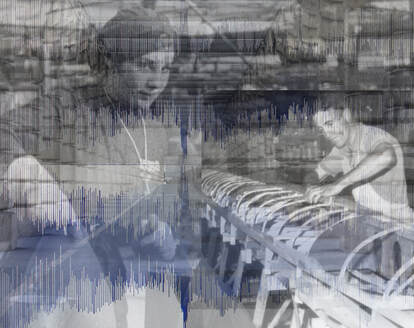 May 2019:   Th'luria experimental sound work selected following an international open call, and broadcast as part of Radiophrenia 2019.  Using Leona's audio recordings of seven women artists talking about their working practice, each woman becomes an impressionistic soundportrait reflecting a central notion of themselves as artists through their voices and words.  Radiophrenia is an established temporary art radio station, on air live for two weeks from Glasgow's Centre for Contemporary Arts.  It promotes current trends in sound and transmission arts, and considers radio an art form, encouraging challenging and radical new approaches to the medium.   For more details visit the Th'luria page.

March 2019:   Sounds of Somethings Going Under burnt books, music manuscripts and broken glass assemblage; a study in present silence and past sound that considers the potential silences arising from the current precarious state of the arts worldwide.  Also co-created with artist Adeola Dewis a performative action response to Temmah's durational performance for opening event on the theme of survival of sexual violence.  Part of Concentric exhibition marking International Women's Day by women artists based in South Wales, presented at West Wharf Gallery, Cardiff, curated by Jacqueline Alkema.

September 2018 - September 2019:  recipient of a professional development bursary from a-n (The Artists Information Company) to enable a year of mentoring by Bill Campbell, founder of Islington Mill creative space, Salford.

February 2017 - April 2018:   re:Source audio/visual installation created in conjunction with visual artist Penny Hallas as artists-in-residence following the process of construction of the Blaen Dyar micro-hydro scheme in the Clydach Gorge, South Wales.  Created from raw material recorded during construction, re:Source takes the form of videomusic, an abstract genre in which the goal is to create a flow of immersive visuals and sounds which moves through moods, and is open to imaginative interpretation by the audience.  Presented in Studio CRiC, Crickhowell, Powys.  For more details visit the re:Source page.  Project funded by Llangattock Green Valleys, the Sustainable Development Fund of Brecon Beacons National Park Authority, and A&B Cymru's CultureStep.

May 2016:   part of collaborative project  Ancient Mariner: Not an Opera with artists and composers Ivor Davies, Joseph Hillyard, Julia E Howell, Richard McReynolds.  An experimental immersive sound-led site-responsive journey through a poet’s hallucinatory mindscapes of beauty and horror, using live and recorded sound, composition and improvisation, voice and gesture, as a response to Coleridge's The Rime of the Ancient Mariner.  A two-hour long free, drop-in performance that took place in the entrance hall of National Museum Cardiff.  For further information see Mariner page.

November - December 2015:  A Winter Wildness  soundscapes for children's installation and performance, created from recordings made with a group of 4 - 10 year olds from Abergavenny, South Wales, during a series of workshops.  Project co-run with performance artists Denni Dennis and Clare Parry-Jones.  Presented in The Chapel, Abergavenny, on the winter solstice, 22 December.  An exhibition based on the project was also presented in The Chapel, Market Street, Abergavenny in February 2016.

one of the tracks created from original recordings made with the children's help and input   (listen with headphones if you can)
June - July 2015:  in audible: The Baroque Cello Project (Part II)  an on-going developing sound-led project with performance, exploring the deep links between sound and movement.  In collaboration with musician Siôn Dafydd Dawson and contemporary dancer Laura Moy.   Presented at The Chapel, Abergavenny, South Wales.   Full details on the in audible page of this website, and on the dedicated project website www.baroquecelloproject.com.   Funding awarded by Arts Council Wales/The National Lottery. 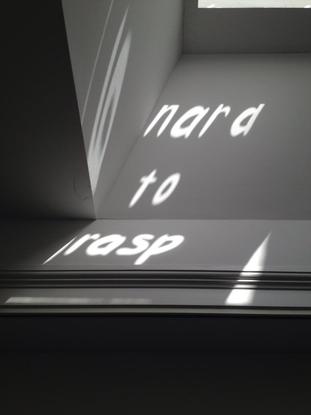 Over Your Head transient light piece in situ
image: Cardiff MADE
additional and prior work listed on CV