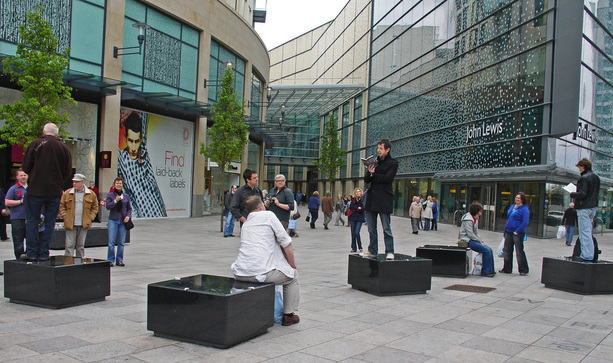 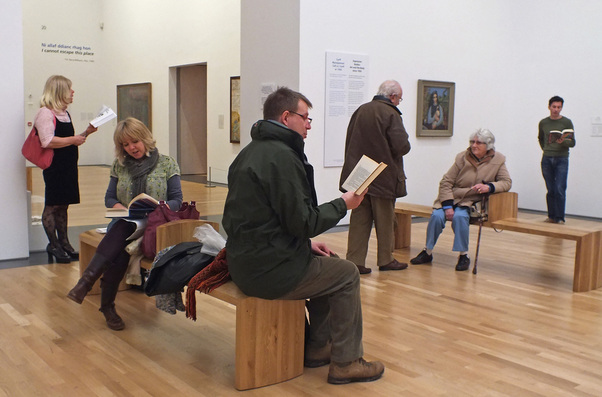 Leona's love of spoken word led her to conceive and initiate this unique series of community reading aloud events, happenings where anyone who loves reading can join in by taking a book they love off the shelf and making it Alive and Aloud as part of a group.
Room to Read first took place outside Cardiff Central Library, South Wales, among the architectural mix of Victorian and contemporary buildings and public art, cctv cameras, identical trees and commerce.  Conceived as a one-off experiment to make something unexpected happen in an area usually host to very different businesses and pastimes, the aim was to produce an inverted mirror-image of the library - people reading out loud not silently, standing not sitting, part of a group not individually, outdoors not indoors, and so on.  An aural dimension was also intended, as the reading voices contributed a unique element to the usual soundscape.

The event was designed to be 'spontaneous' and open to all.  Open invitations to participate were circulated only a few days before the chosen date. No-one was sure how many readers would turn up, if anyone at all.  An eclectic group did respond, ranging from seasoned performers to those who'd never stood up to speak in public before, from those still at school to those well into retirement.  Many did not know anyone else there, but they all shared a love of reading.  On the stroke of noon, all began reading aloud and were soon immersed in their books.  And passers-by stopped and looked - and listened.  Each reader was audible for a short distance around their pedestal, and many pedestrians listened to whole poems, prose extracts and factual writings, thanking the reader before moving on.  A few spent the entire half hour wandering through and around the amazing range of readings, as well as appreciating the aural and visual effect, and another group joined in, reading aloud whatever they had to hand.

The success of the first event meant Room to Read took place regularly in Cardiff for several years, as well as occasional times in other cities.  The demand for winter months readings led to the development of BookIns, which proved equally successful, and brought a site-responsive element with readings themed to the host building. 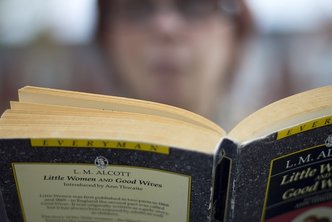